Why YOU May Have Gluten Sensitivity

Unless you've been living under a rock for the past year, you've noticed the words "gluten free" advertised in your local grocery store or muttered by that coworker who always boasts about her latest fad diet. You may even have peeked at a gluten-free section of the store and had to pick your jaw up off the ground in response to the exorbitant prices. What is all this nonsense? As it turns out, this nonsense is being scientifically validated, and may concern you or someone you care about. 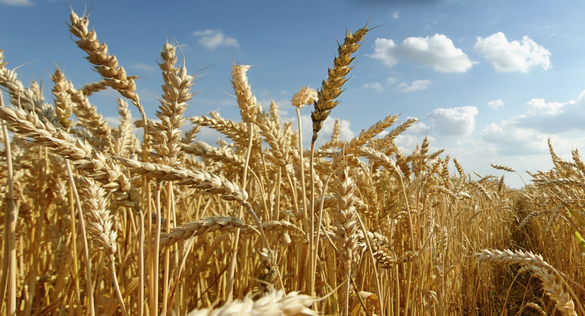 Our journey begins with those amber waves of grain that sway in the wind and symbolize our country. The grain is essentially grass, typically wheat, barley or rye, containing small seeds. These grain seeds are made of two key proteins called gliadin and gluten. Grinding gliadin and gluten into flour creates an extremely sticky powder that, when added to water, forms dough.

Over 10,000 years ago, humans discovered dough, thus introducing the gluten/gliadin combination to their guts. Over time, the human gut began tolerating these foreign proteins. As many as 1 in 100 individuals, however, have not been as fortunate and instead developed gluten intolerance known as Celiac Disease (CD). Their immune systems viciously attack the gliadin in the gut as soon as it's introduced, typically between 6 and 24 months of age, causing severe abdominal pain, chronic diarrhea and vitamin malabsorption. By the 1990's, doctors had nearly deciphered this autoimmune disease, including it's association with conditions such as Down syndrome and type I diabetes, concluding that a gluten-free diet (GFD) cures over 90% of patients.

Fast forward to the 21st century. The term "wheat belly" and the GFD are adopted by select non-celiac Americans. The feeling they get on this diet is so unmistakeable-less bloated with increased lucidity and energy-that they're willing to pay a premium for gluten-free foods. These patients are thought to be suffering from non-celiac gluten sensitivity (NCGS). NCGS is a mild disease characterized by normal small bowel biopsies (a diagnostic criteria for CD). NCGS likely affects 6-7% of the population, with some reporting incidences as high as 50%. Still, it's estimated that nearly 1/3 of the American population has tried a GFD, leading to nearly 5 billion dollars a year in profits for the gluten-free industry. Studies continue to disagree on whether this trendy diet is truly palliative or yet another case of the placebo effect. More research is needed to determine the true characteristics of gluten sensitivity.

1 in 14 people may be suffering from gluten sensitivity, and the gluten-free industry wants YOU to join the ranks... is it worth the cost?