Asthma is a condition of the small airways of our lungs in which hypersensitive cells are aggravated by environmental substances, leading to inflammation, swelling and poor air flow. It is estimated that 70% of cases are caused by allergic substances such as dust, pollen and pet dander. Other causes include viral illnesses, exercise and cough. 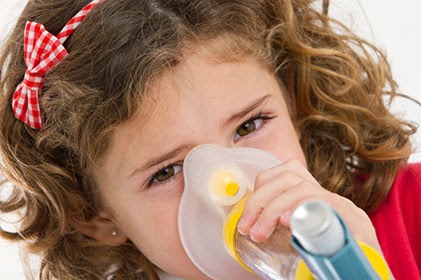 It’s estimated that in the United States, 1 in 10 children younger than 18 years suffer from asthma. Many children with asthma have experienced what is known in dermatology as the “atopic march”, which is essentially a trifecta of asthma, atopic dermatitis (eczema), food allergy and allergic rhinitis (hay fever). Additionally, having asthma makes airways of children vulnerable, putting them at increased risk for diseases like pneumonia, influenza and obstructive sleep apnea.

Signs of asthma in children younger than 2 years old include noisy breathing, grunting and cough while the classic signs in children with are wheezing, chest tightness, cough and difficulty breathing.

Pediatricians will attempt to get specific information regarding the asthma in order to both determine the level of severity and prescribe the most appropriate course of treatment. Questions asked include daytime or nighttime cough, possible triggers (such as viral illness, changing seasons, exercise, etc) and previous episodes. This can reveal special cases such as cough-variant asthma and exercise-induced asthma. Additionally, the pediatrician will want to rule out other conditions such as viral bronchiolitis, cystic fibrosis (CF), bronchopulmonary dysplasia (scarring of the lungs in premature babies) and aspiration of a foreign body. Tests ordered may include spirometry in children >5 years old (blowing into a tube to test lung strength/capacity) and/or a sweat chloride test in children younger than 3 (to rule out CF). 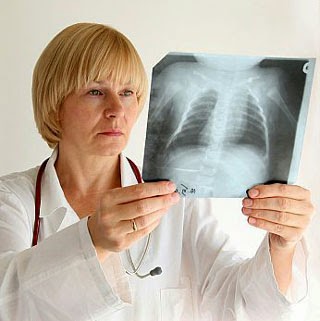 The treatment for asthma depends on the severity. All asthma patients, regardless of severity, are placed on a short-acting beta agonist (SABA, an inhaler) on an as needed (prn) basis. The child’s response to the treatment will be reassessed at follow up in 2-6 weeks.

There are 4 levels of asthma, organized by their level of severity:

If a child experiencing an asthma exacerbation is not responding to his or her treatment, experiences a late night attack or has had a severe episode in the past, it’s important to bring them to the emergency room for monitoring. They may require endotracheal intubation, IV antibiotics and/or an IV theophylline drip.

The goals of the parent should include both prevention and preparedness: