What is Hirschsprung Disease? 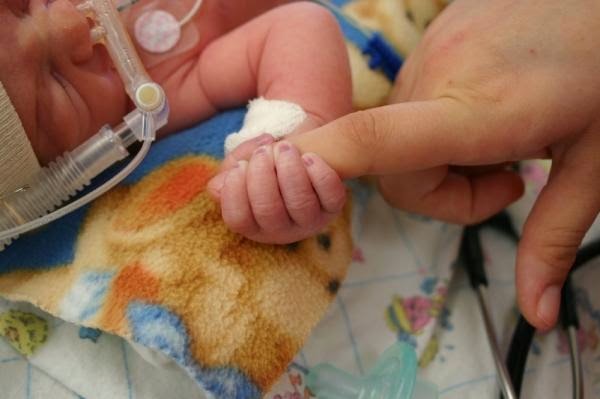 When a fetus is developing in the womb, each type of cell must successfully migrate to where it belongs and, once there, perform their assigned duties. In this case, the cells, neuroblasts, do not make it to their destination in the distal intestine or they arrive but forget to do their job. 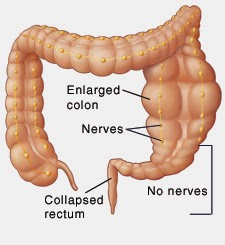 The condition is relatively rare, only occurring in 1 in every 5,000 live births. It is four times more common in males, and the risk is increased in Down syndrome or if a family history is present.

One of the most telltale signs that an infant is suffering from Hirschsprung Disease is the failure of an infant to pass his or her first bowel movement, known as meconeum, within the first 24 hours of life. Other signs include abdominal distention, bilious (yellow bile) vomiting, jaundice and feeding intolerance.

Over 80% of cases occur in infants, but occasionally the condition is seen in older children. In these cases, the child may show signs of chronic constipation, abdominal distention, failure to thrive, fever, diarrhea, vomiting, explosive stools and/or overflow incontinence. These children typically have intermittent problems with having a proper bowel movement, often on laxatives to ease their pain.

If the child is over 12 months old, this condition is very unlikely. Other conditions that may mimic this condition include functional constipation, medication side effects, lead poisoning, sepsis, intussusception, meconeum ileus, meckel diverticulum, hypothyroidism and intestinal malrotation, atresia or stenosis.

Studies have shown that these infants, especially if preterm, also have an increased risk for other congenital abnormalities, such as heart problems, so a doctor may decide to do a thorough workup.

The immediate treatment for Hirschsprung Disease is to “decompress” the bowel obstruction using a nasogastric tube, antibiotics and IV fluids. Once the child is stable, a surgeon will fix the abnormality by removing the affected area of bowel (Pull-through procedure). If the surgery is successful and infection (enterocolitis) is avoided, the prognosis is excellent (<1% mortality) and the child will live a normal life.